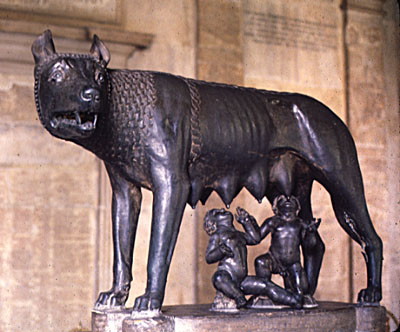 The founding of Rome is reported by many legends, which in recent times are beginning to be supplemented by more scientific reconstructions. The most popular and most famous legend is the story about the two brothers raised by a she-wolf.

The earlier legend of the founding of the Rome, was supplanted over the centuries by the attribution of the founding to twin brothers, Romulus and Remus. In Roman mythology, they are sons of the priestess Rhea Silvia and Mars, the god of war, abandoned at birth at Tiber by servants in charge of executing them. The twins were taken by a she-wolf, who fed the babies with her own milk and cared for them. Later a shepherd named Faustulus came and took Remus and Romulus. Faustulus and his wife raised these two children.

When Remus and Romulus became adults they decided to establish a city. They couldn’t decide who would rule the city so they gave it to omens. Remus was the first to see six vultures flying in the sky. Soon after Romulus saw twelve vultures. Remus saw the birds first but Romulus saw more. Finally Romulus was the one who was designated. One day, Remus visited Romulus and made fun of his wall by jumping over it and saying how easily it could be breached. Romulus was so annoyed that he killed Remus and said the he would kill anyone who mocked his city or tried to break through the walls of Rome.

Romulus buried Remus, and carried on with building his city. But The young king faced another one problem: all the inhabitants, being shepherds, runaway slaves, and brigands, were men. Romulus held games in honour of the god Consus, and invited people from the Sabine communities roundabout. While they were watching the games, Romulus gave a signal and the Romans seized the young Sabine women who were attending the games and made off with them. he Sabine tribe were not happy about this and declared war on Rome. The war went on for many years but eventually the Sabine tribe and Romulus reached an agreement and the Sabines became a part of Rome under the Kingship of Romulus.

After having reigned over Rome for 38 years, Romulus disappeared in a violent storm, and it was announced that he had been taken up to heaven, from where he would continue to look after Rome’s destiny as the god Quirinus. 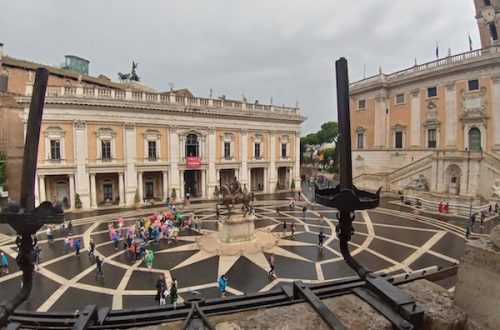 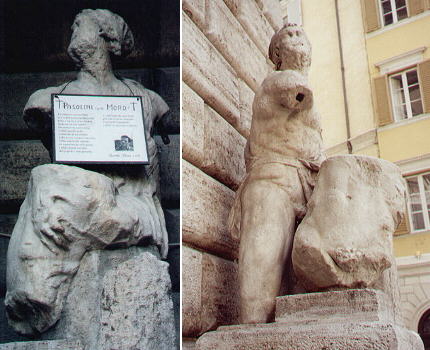