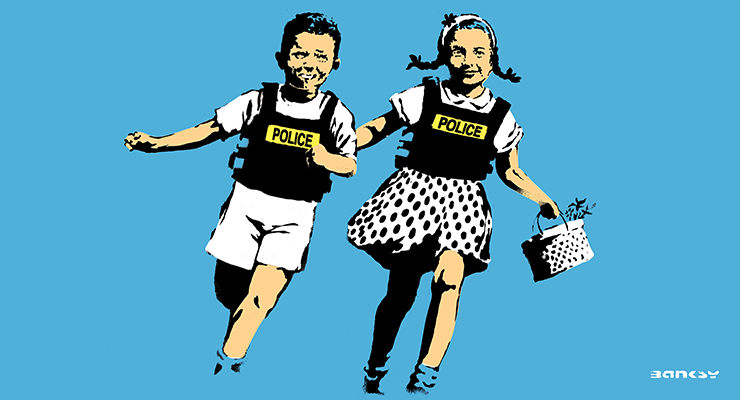 Over 100 works, in a rigorous exhibition itinerary, tell the world of Banksy. Inside the sixteenth-century architecture of the Chiostro del Bramante, in Rome, there is space for the “unknown” artist who has conquered the world thanks to works steeped in irony, denunciation, politics, intelligence, protest.

From Love is in the Air to Girl with Balloon; from Queen Vic to Napalm, from Toxic Mary to HMV, from the prints made for Barely Legal, one of the most famous exhibitions, to record projects for vinyl and CD covers.

I really sucked with the spray can, so I began to cut out stencils, from Banksy’s words an indication of the technique he most used. On display, thanks to the stencil: prints on paper or canvas, together with a selection of unique works made with different techniques from oil or acrylic on canvas to spray on canvas, from stencils on metal or concrete to some resin sculptures painted polymer or painted bronze.

Imagine a city where graffiti wasn’t illegal, a city where everyone could draw wherever they want. Where every street was flooded with a myriad of colors and short expressions. Where waiting for the bus standing at the stop was never boring. A city that gave the impression of a party open to everyone, not just real estate agents and business magnates. Imagine a city like this and step away from the wall – the paint is fresh. It takes guts, and even a lot, to stand up as complete strangers in a Western democracy and invoke things that no one else believes in – like peace, justice, and freedom.

The exhibition itinerary includes a period of time from 2001 to 2017, including more than 20 projects for record and book covers. All the works come from private collections. With this new exhibition project DART – Chiostro del Bramante continues its commitment to tell the public about art through the protagonists; after the success of “Bacon, Freud, the London School“, realized thanks to the collaboration of Tate, now it’s Banksy’s turn.

The “walls” designed by Donato Bramante around 1500 host the ideas, signs, messages launched by the most famous unknown artist in the world, on many walls, in many cities. Only apparently a contradiction because the Cloister has shown, in recent years, a great openness to the most diverse languages ​​of the contemporary world.

WHO IS BANKSY?
Presumably born in Bristol in the early seventies, Banksy is considered one of the greatest exponents of street art and was included in 2019 by ArtReview at the fourteenth place in the ranking of the hundred most influential personalities in the world of art. But no one, apart from his friends and closest collaborators, knows his identity. I don’t know why people are so enthusiastic about making the details of private life public: invisibility is a superpower. What we do know is that he trained in the underground scene of the capital of the South West of England, where he collaborated with various artists and musicians, and that his artistic production began in the late nineties. From this moment on, he started invading numerous cities, from Bristol to London, New York, Jerusalem to Venice with graffiti and various performances and raids.

ANONYMITY
The choice to remain anonymous arises from a set of needs: the need to escape the police, given the carrying out of raids and illegal graffiti; protect themselves by considering the satirical background of his works that deal with sensitive topics such as politics and ethics; the desire not to pollute the perception of his identity and his works, as the artist himself states. I have no interest in revealing my identity. There are already enough full-bodied assholes trying to slap their ugly face in front of you.

THE PUBLIC
Art is different from other forms of culture since it is not the public that decrees its success. Viewers fill concert halls and cinemas every day, we read novels by the millions and we buy records by the billions. It is we, the people, who influence the production and quality of a large part of the culture, but not those of art. Banksy’s is direct communication, in the rejection of the system and rules, the artist addresses his audience without filters, his works are visual texts capable of informing and making people reflect. The art we admire is the product of a caste. A handful of a few who create, promote, buy, exhibit and decree the success of Art. Those who have a say will be no more than a few hundred. When you visit an art gallery you are just tourists looking at the trophy cabinet of some millionaire.

THE THEMES
They exist without anyone’s consent. They are hated, hunted, and persecuted. They live in silent despair amidst the filth. 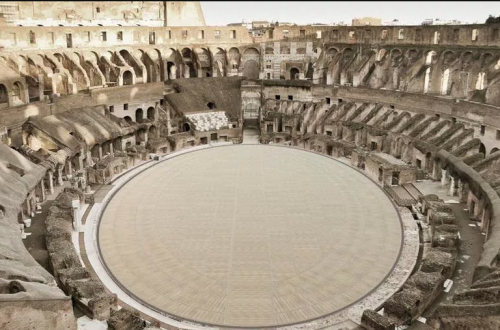 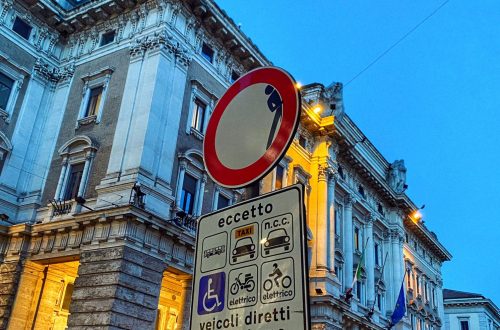